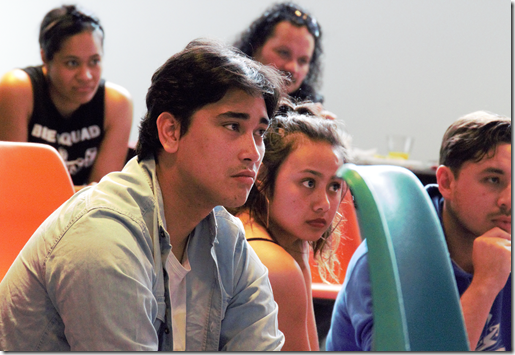 Panel members, however, turned towards exploring what Moana means for the future of Polynesia - an enduring global interest in island art, music, dance, culture, people, and lands.

Just shy of half a million people have already liked an official Facebook page for the Moana movie, featuring legendary Polynesian demi-god, Maui.

His legend is animated by an awesome lass, named after the vast ocean she calls home - te Moana o Kiva.

Moana will also enjoy a strong following in French Polynesia, with a version dubbed in te reo Maohi - an industry first, according to Vanity Fair.

Tahitian dialogue draws on many of the same words as Cook Islands and New Zealand Maori, as well as ke leo Maoli - Hawaiian. 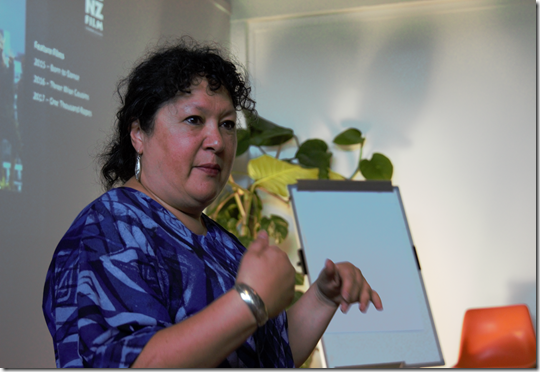 Williams suggests that overwhelming audience reaction to Moana forecasts a roll-on effect of interest in our many islands.

Using interest from Moana to tell "real stories" of Polynesia was one way to respond constructively to concerns about the movie, she said.

Delegates attended throughout the day, ranging from industry leaders to film students.

PIFT fono convener Aaron Taouma was pleased with the turnout, about 10% of the association’s following on Facebook.

“One of the most popular presentations of the day was with Stallone Vaiaoga-Ioasa and his marketing partner Tautiaga Tiatia, the team behind the inspiring Three Wise Cousins film," said Taouma.

“They gave a 'tell-all' presentation about how they made the film and how they managed to attract the huge Pacific audiences they received from New Zealand, Australia, the US and the islands.”

Three Wise Cousins made $2.3 million from box office sales and a DVD version has just been released in time for Christmas, he said.

But for future film and television productions, the biggest influence right now and for the foreseeable future is Moana.

After her presentation, Williams said key concepts came from a speech given by NZFC CEO David Gibson in September, promising "provocative" debate towards building a strategy for 2026 - asking the industry where they want to be ten years from now.

Williams drew on their own research which shows a 50 per cent gap between Polynesian population percentages in Aotearoa, and Polynesian film producers.

There was, she stated, a "desperate need" for more.

She urged the Pacific film community to also think in digital - delegates being among the first to hear about the Interactive Development Fund, announced late last month:

“The fund supports concept development of original narrative-focussed interactive and games content delivered on any platform (including mobile, online, console as well as virtual reality (including 360) and augmented reality).”

With the Moana movie also offered in 3D, NZFC is laying the ground for the next generation of digital natives.

Even before Moana, interest was high in an area the commission targets with He Ara: Maori & Pasiﬁka Pathways.

Delegates heard that eight of the current top ten films in New Zealand have 'Maori and Pacific Islands' leading roles, in front of and behind the camera. 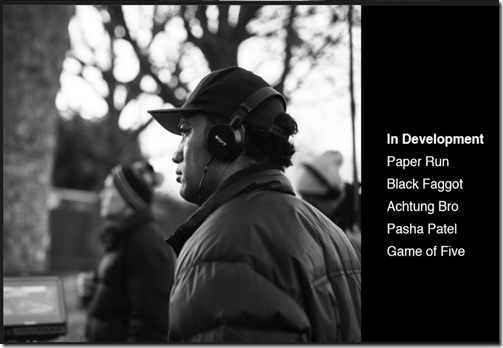 The Bright Sunday team talked marketing and what they can do for 'fresh' creatives on a budget.

After lunch saw a Pacific Media Panel facilitated by Yolande Ah Chong. She was joined by Sima Urale, Oscar Kightley and Shimpal Lelisi, along with the fraught business of producing with Kerry Warkia and Dana Youngman. 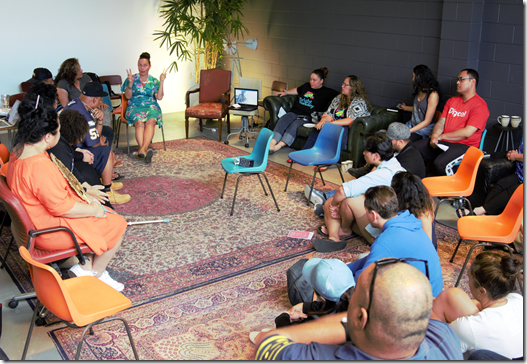 Lisa Taouma contributed throughout the afternoon, giving behind the scenes "quotes" on media production.

This blogsite, avaiki nius, is a draft or working model of governance tools being developed under trust as Total Transparency Tools.